BOSQUE / WOODS at In Between Time

HomeBOSQUE / WOODS at In Between Time 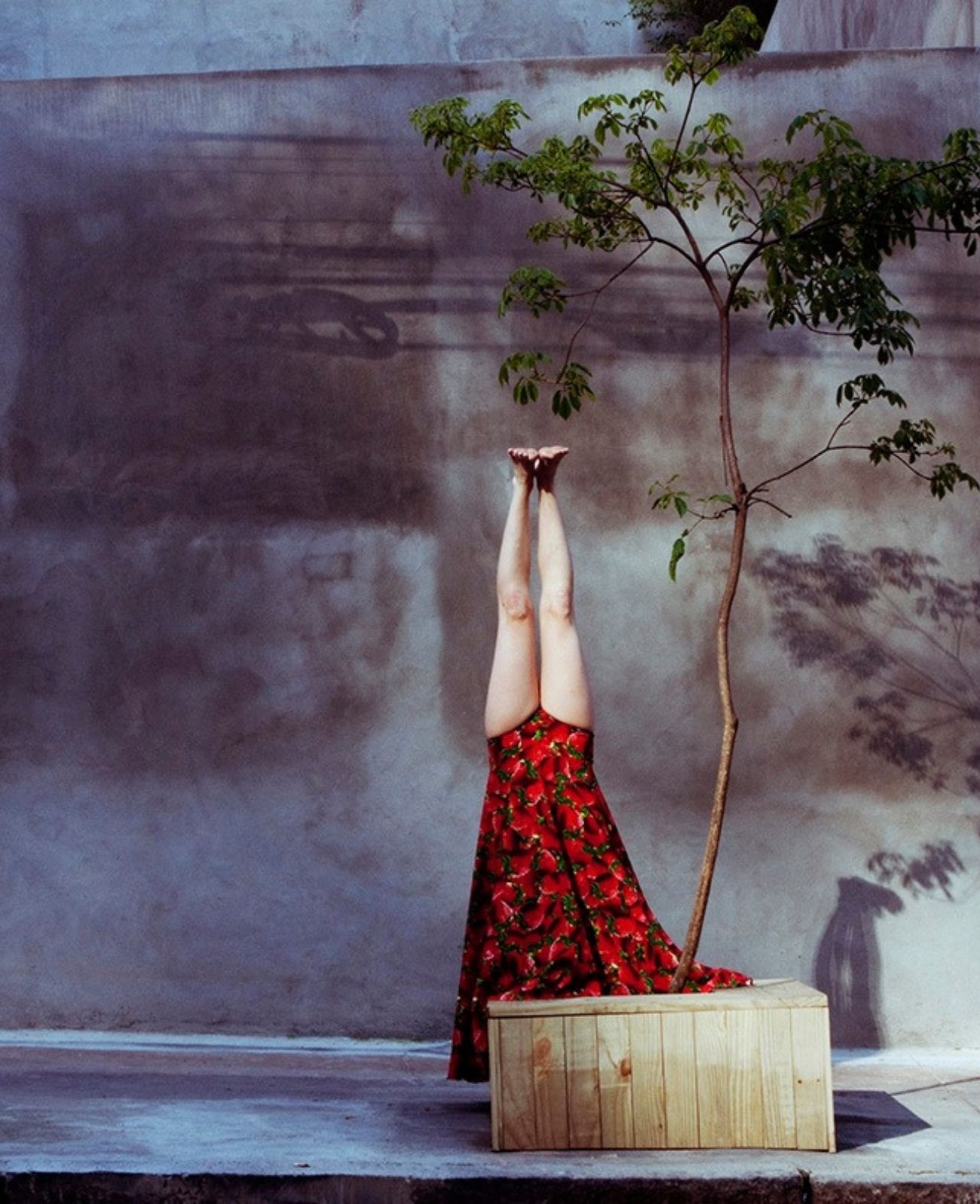 BOSQUE / WOODS at In Between Time

Find out more at inbetweentime.co.uk

Bosque/ Woods is a desire to create roots in the city. The performance pursues the idea of impermanence and instability of the body, nature, climate and collective practices. With the collaboration of local participants, who will stand together upside down, the body inverts space and questions time. For how long will the body stand in? For how long will the forest stand in?

The research goes beyond the idea of creating a landscape in the city, potentiating collective practices. We need more than to plant some random trees in the corner of the cities, in the side ways of the cars or where it’s convenient for human beings. The performance inquires about other possible ways for a body to resist, to persist, to carry through potentialities against the city concrete, the lack of nature, the climate changes, the missing trees and the forgotten woods.

The duration of this collaborative performance will vary according to the ability of each person to endure the head standing. The bodies’ struggle to remain upside down calls attention to the struggle that nature itself faces. Eventually, and at different times, each body-tree falls to the ground, one by one, where they remain until the last performer falls. The concepts of empathy and solidarity lead the dramaturgy: no one leaves until the last one resists, we don’t leave anyone behind, we support each other. Thus, we call attention to the importance and strength of the collective and the possibility of diversity within it, in the same way that nature
could resist in its biodiversity. Bosque/ Woods is a piece for contemplation, where the public can be called to a place, but also wants to take the audience by surprise, people who pass by and who risk stopping for a moment and looking at the forest.

This work is a proposal to look at these issues in a very poetic, powerful, ambitious and collective way. As the brazilian indígena leadership Airton Krenak says “….human beings have forgotten that nature is not separated from us, nature is something that we are”. Within this Woods we-nature want to resist as long as we can, together, as one.

Clarice Lima (1983, Fortaleza) is a dancer, choreographer, teacher and director. Her trajectory is marked by an intense artistic production, with national and international visibility. She graduated at Amsterdam School of Arts – MTD Netherlands 2006 and worked with Cristian Duarte/ LOTE BR, Nina Fajdiga SL, Jan Fabre/ Troubleyn BE, among others. With her dance platform FUTURA she develops partnerships and creative strategies, moving between the languages of dance, performance and visual arts. She presented her works at the most important Brazilian dance festivals and abroad in Portugal, Greece, Spain, Slovenia, Belgium, Chile and Uruguay.

Catarina Saraiva works between the European and South American continents. At the moment she is the
curator of Linha de Fuga PT and Festival Verão Azul PT, she continues her connection with the South American continent with several projects, institutions and artists. She was the curator of Movimiento Sur CH and of Panorama Festival BR. She’s interested in the development of critical discourses and the production of knowledge through art and interested in the synergies that can be developed between the two continents.

Aline Bonamin (1984, São Paulo) graduated in dance at Anhembi Morumbi University BR. Since 2013 she has worked in collaboration with Clarice Lima at FUTURA as a performer and choreographer assistant in the works Árvores/ Trees, Dance Hurts, Supernada EP01 and Bichos Soltos among others. She works as a performer with Cristian Duarte BR and Uxa Xavier BR.