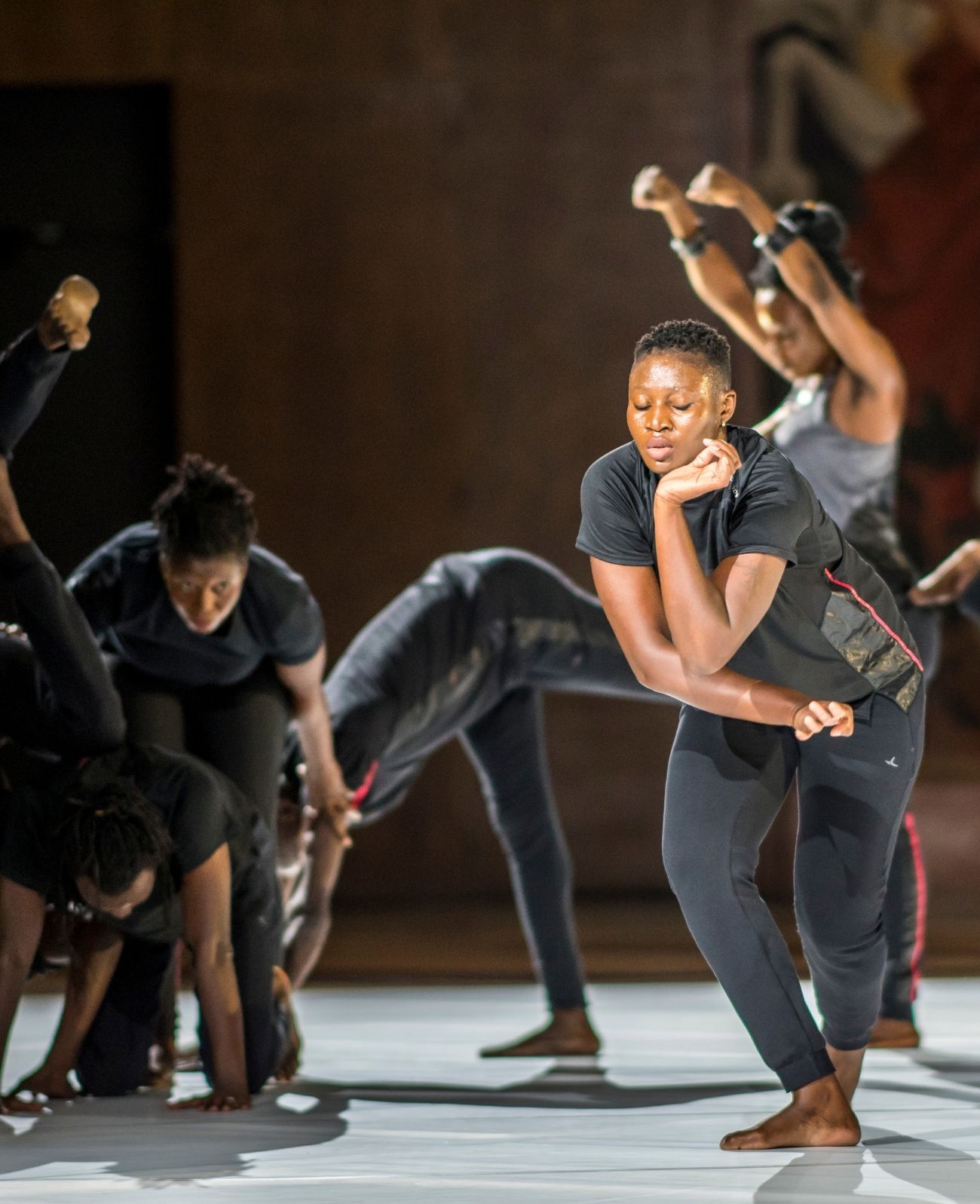 Nine dancers, three choreographers and a master builder: Amala Dianor's new creation brings together a constellation of talents from Mali, Senegal and Burkina Faso. The goal? To celebrate the vitality of a hybrid African dance, decompartmentalised, in perpetual evolution, like the artistic bubbling that animates the whole continent.

Siguifin, which means “magic monster” in the Bambara language, is the result of a collective choreographic writing process inspired by the play of the exquisite corpse to give birth to a magical being because it is protean.

Amala Dianor, from hip-hop and contemporary training, never hesitates to remix genres, placing the encounter at the heart of his processes. In Siguifin, the choreographer reiterates this commitment. From individuality seen by Naomi Fall (Mali), listening to social cohesions with Ladji Koné (Burkina Faso), through a questioning of the cultural differences between neighboring countries according to Alioune Diagne (Senegal), the three choreographers brought together by Amala Dianor draw directly from the vital momentum of the group of young dancers.

After a career as a hip-hop dancer, Amala Dianor joined the training course of the Higher School of the National Center for Contemporary Dance in Angers (CNDC, class of 2002). For 10 years, he worked as a performer for choreographers from very different universes (hip-hop, neoclassical and contemporary) such as Régis Obadia, Roland Petit, Abou Lagraa and Emanuel Gat. Over the years, Amala Dianor has built his writing: he slides from one technique to another with virtuosity, but it is above all the meeting of these worlds that attracts him. In 2012, he created his own company which, to date, has fifteen pieces in its repertoire, from solo to group piece. Since 2014 and his solo Man Rec, he works with the electro-soul artist Awir Leon who composes the original music for his shows.

Dancer and choreographer, Naomi Fall is an explorer of movement and the relationship with audiences in contemporary creation. Between her plural origins and her various journeys, Naomi Fall works particularly around questions of society and the individuals who constitute it, construct it or undergo it, by questioning the stereotypes which would schematize our human relations. Following several trainings in traditional dances in Senegal, Ghana and Mali and after obtaining her Bachelor of Arts in New York in 2009, Naomi Fall moved to Bamako. Her work in Mali in total immersion confronts her with the complex realities of creative work outside the accepted paths of international artistic cooperation. She is developing several dance projects with African, European or American artists.

Alioune Diagne is a choreographer and dancer from Saint-Louis, Senegal. At first self-taught, he had great success with the trio Banlieue in 2012. This show for three dancers, recounting the daily life of the Senegalese suburbs, has toured more than 20 countries in Africa and Europe. His latest show Siki is a solo, inspired by the life of the first black boxing world champion, Battling Siki. He also develops dance conferences in Morocco, Paris and Geneva with professor Jean-François Bayart. Alioune Diagne is artistic director of the Le Château 8 cultural center and of the Diagn'Art association, which organizes the International Duo Solo Danse Festival in Saint-Louis.

Ladji begins to dance as an autodidact in his district of Ouagadougou in Burkina Faso. In 2003, the discovery of hip-hop culture channeled his exuberant energy and breakdance became his field of research. After training in theater and musicality, he opened up to contemporary dance. Ladji goes through places like the Pavillon Noir-Ballet Preljocaj, the CDCN l'Echangeur Hauts-de-France, the Ecole des Sables in Dakar… Today, he continues his artistic research at the crossroads of languages: traditional and contemporary dances , hip-hop and theater. 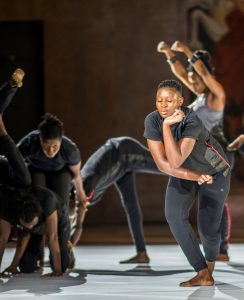 "The power of the group is as compelling as it is impressive, driven by its
nonstop rhythm. Brilliantly intercut isolations and slow passages, unison and
separation, this dance moves at a ferocious pace, carrying us with it, in a
choreographic journey which includes Mali, Burkina Faso and Sénégal."
– Dansercanalhistorique

"There is a powerful group rhythm, which does not suppress the individuality of each performer, each holding his or her own while remaining essential cogs in the machine. We see the bodies in anatomical blocks: rotating shoulders, flat backs like rocks, hands devouring, inhaling the air, feet drumming the tempo, the shapes, a watchful voice guiding the group, onomatopoeia indicating changes in rhythm."
– L’Humanité